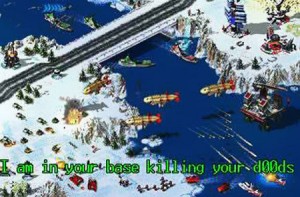 For a long time, I’ve imagined what it would be like if you could see information about other drivers around you in real-time. For example, if you are driving down the freeway you would see a red arrow over cars that are known to have been involved in bad driving practices.

This information would be presented in a heads-up-display. You could dive into information on any car to see what its previous behavior had been, such as cutting off other drivers, reckless speeding or other stuff that would cause any reasonable person to be upset on the road.

The data would be sourced from normal people.  If someone dangerously cut you off and flipped you the finger for good measure, you could simply type in the license plate, the make of the car and this would be added to a public database. The location and time of the incident would be stored, along with your own reputation of identity. This would make the “colored arrows” over the cars more valuable to other drivers, and hopefully reduce the risk of getting in an accident or otherwise entangled with a Ne’er-do-well.

There are a lot of problems to sort out, such as how do you ensure people are not trolling each other, mis-reporting driver behavior? What if a car is shared, and one driver “ruins” the license plate of a car for all users. What if the system is used to screen for other things, such as entry into a gated community? How can the license plate and car make and model be collected safely by someone who is driving a vehicle and witnesses something wrong. And most importantly, what are the privacy implications of creating such a vast database?

Some of these questions have easier answers than others. Two things seem clear to me now:

The reason I write this now, is because the ACLU recently published a study (pdf) (overview) on the growing use of police cameras and how the information is being collected and used by government authorities to circumvent the need to get warrants on GPS trackers.

If law enforcement is using automatic license plate readers, and we have russian drivers almost universally using dashboard cams, we are very close to civilian use of automated readers. And the use case I describe above will become a reality.

The user experience probably won’t jump directly to HUD, however a push notification to your smartphone that a car ahead is dangerous seems a fairly trivial feature. All that’s missing is the software.

How do you protect the privacy of your movement when you commonly need to travel the intermediary and custom pathway that automobiles provide? It would be great if you could travel by car and avoid revealing your location to mass surveillance by getting getting rides with strangers you can trust. Such a system does not exist today, but it could be created to counter concerns described above.

If you wanted to start today, you might have some success with ride share services like Zipcar. But those require registration and some level of identity validation. It seems like Lyft, the citizen cab company might be a better value and deliver more privacy. But even that requires Facebook connect, and thus full real name and photo exposure to the driver and company itself.